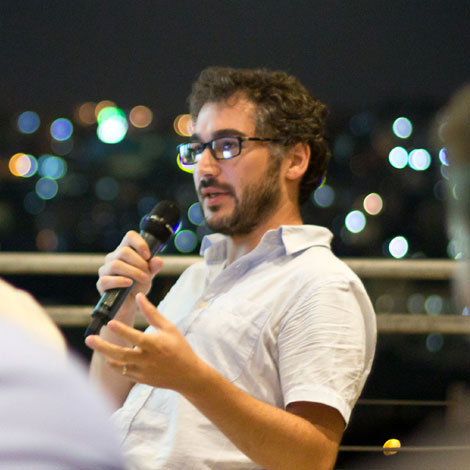 I am an architect, visual communicator and product designer actively engaged in a variety of projects involving data visualization, visual storytelling and learning through play.

I have led award winning infographics projects as a partner with Visualizing Impact, contributed to various publications, and have facilitated courses and workshops based on my practices in cities including Beirut, London, Lisbon, Amman and Bangalore. In my spare time I have been developing MyToyTown, a slot-together wooden play system for kids.

The common thread through my work is a desire to build impactful projects that engage with real people and communities. Each project is unique, and I find myself constantly learning by doing, and doing my best to impart this knowledge to others. I have made use of a wide variety of tools and technologies in my work, including CAD/BIM software (Rhino, Revit, Sketchup, AutoCAD), graphic design software (Photoshop, Illustrator), web coding languages (HTML, CSS, Javascript, PHP), GIS software (QGIS, GDAL), data management tools (Excel, SQL), and digital fabrication technologies (laser cutting, CNC routing, 3D printing).