Lebanese Lira Converter is a responsive single page web app that calculates unofficial conversion rates between Lebanese Lira (LBP) and 40 common international currencies. The app consists of a lightweight front-end that processes exchange rate data from a Google Spreadsheet that pulls data hourly from LebaneseLira.org and the Google Finance API. It is custom coded, making use of the JQuery, Plot.ly and Bootstrap libraries.

The local currency in Lebanon is officially pegged to the US Dollar, but from the beginning of the economic crisis in 2019, an unofficial/parallel exchange rate emerged due to restrictions on access foreign currency in the country, greatly increasing the effective price of Dollars. I designed and developed the app over the course of 2 days in early 2020 in response to the lack of a any conversion website or app offering real foreign currency exchange rates. 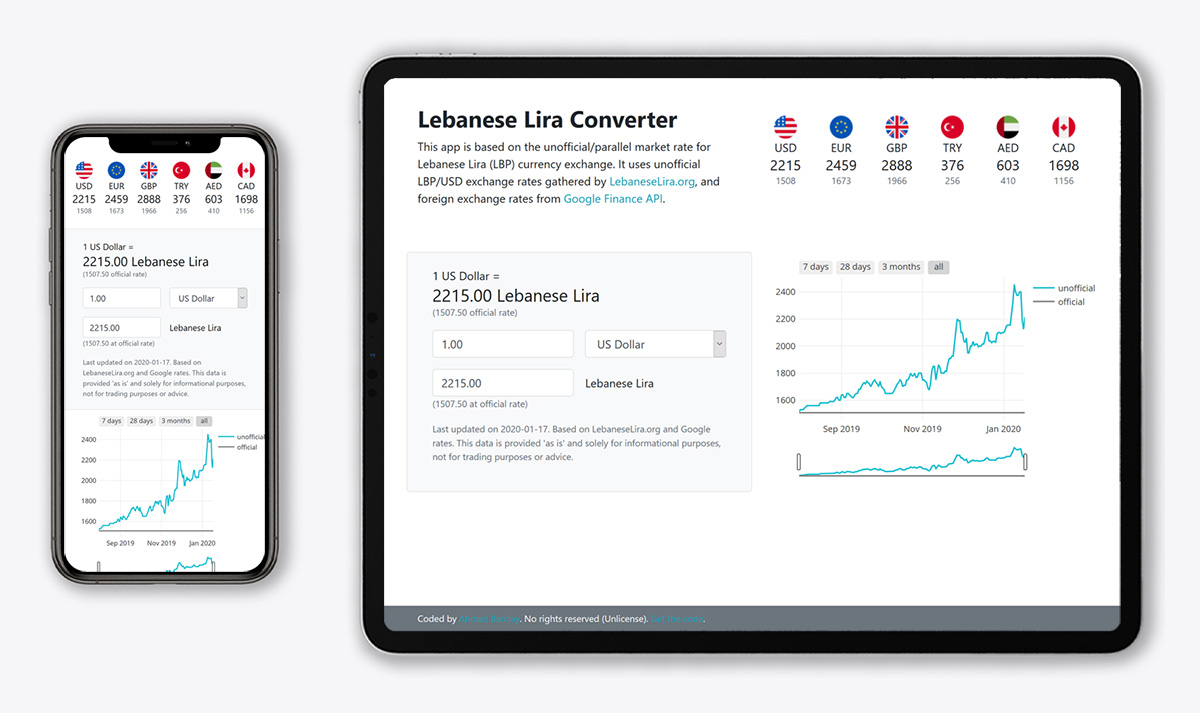